Back in February, we told you about the latest Predictions report from my colleague Jimmy Butts and his research team over at Top Stock Advisor.

We mentioned how this report usually generates quite a bit of controversy. But we also pointed out that if history is any guide, it pays to give some serious attention to our team’s predictions each year. In fact, we consider it required reading for any of our growth-minded investors.

That’s because, without fail, there’s usually at least a handful of predictions that end up giving investors the chance to make a killing.

So now that we’re at roughly the half-way point of the year I thought it would be a good time to check in to see just how those predictions are doing.

As you’ll see in a moment, a few have worked out perfectly. Other predictions, on the other hand, didn’t quite pan out — but our picks still did very well for readers. And then, of course, there’s the occasional dud.

As we mentioned back then, it’s bound to happen when you play this game. (It’s also why we don’t recommend betting the farm on any one particular pick.)

Also, as a special treat, I’m going to share a “bonus prediction” that Jimmy just shared with his premium readers. You won’t want to miss it.

But first, let’s check in and see how our predictions are faring, including whether we think they are still “investable” today.

A Mid-Year Check-In On Our 2021 Predictions

Let’s not waste any time. I’m going to run through a brief overview of the predictions we made, what’s actually happened so far, and how the pick associated with the prediction has performed since the report’s release at the beginning of February.

Without any further delay, let’s dive in.

Prediction #1: Violence in Peru will light a fire under copper prices.

Details: The global economy can’t function without copper. The world’s #2 copper producer faced a terrible economic crisis and a contentious election, but we (thankfully) didn’t quite see the level of chaos we anticipated. Yet they didn’t have to… supply crunches due to the pandemic sent copper prices soaring, and our pick is up by 36%. It’s still a “buy.” 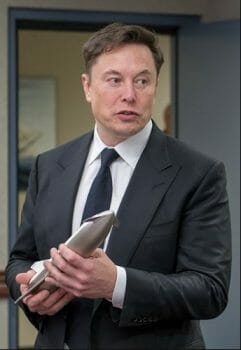 Prediction #2: Elon Musk will quit as CEO of Tesla and the stock will flounder without him. But we’re following Musk’s lead by investing in his most ambitious project yet…

Details: It seems like Elon Musk has been… distracted lately. And no, we’re not talking about his tweets or his obsession with cryptocurrencies. You see, he’s slowly been turning more and more of his attention to another project — in fact, it’s his greatest passion. So instead of worrying about Tesla (or trying to short it), we recommended following Musk’s lead.

Hint: It has to do with SpaceX and how we can profit even though it’s not a publicly-traded company (yet).

Details: A once-in-a-decade opportunity for spectacular profits is shaping up in “flying cars.” You read that right… To put it more accurately, we’re talking about autonomous flying transports. If you think it sounds crazy, I’ve got news for you… it’s already in the works.

You’ll have to read the details about this one to truly believe it. But just days after releasing our report, this pick soared from $21 to $124 in six weeks. It’s now trading back around $40. This one is definitely more on the speculative side, but it’s still a “buy”.

Prediction #4: The bounce-back investment of the year will be high-yielding energy partnerships.

Details: Remember last year when oil prices went negative for the first time in history? It was a crazy time, to say the least. Fast-forward to today, and much of the market has taken off, including many energy-related stocks. But a few energy partnerships still have a lot of ground to make up — making them a yield-hunter’s dream. Our “bounce-back” pick is up 23% with plenty of to run…

Prediction #5: A group of penny mining stocks could explode.

Details: It usually happens like clockwork. First, the price of gold starts rising, then the stocks of the big producers move higher, and finally as emotions hit fever pitch, we see a spectacular run-up in the junior mining stocks. Plus, if inflation takes off… this is exactly where you want to be.

Right now, we’re down on this pick (it happens). But the year is still young… (P.S. This one is especially speculative — so be careful.)

Prediction #6: Cryptocurrencies will surge in 2021… but the big winner won’t be Bitcoin.

Details: We don’t pretend to be experts in crypto. But after some intense study, we came to the conclusion that another cryptocurrency would be the one to own in 2021. Fast-forward to today, and we hit this one right on the nose. From the time this report was released, Bitcoin is essentially flat (after a wild ride, of course) — while our pick is up by 38%. 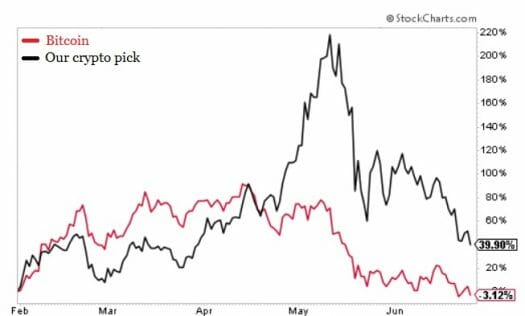 Don’t mistake, though… This space is still volatile and uncertain. But if we had to chose one crypto, this would be it…

Prediction #7: A new round of wildfires will sweep the western U.S. driving one “sleeper” investment sky-high.

Details: This was our lumber pick, which we’ve written about before. And while wildfires weren’t responsible for timber prices going sky-high… supply chains disrupted by Covid-19 were. Lumber prices subsequently doubled before falling back to earth. If you didn’t cash out the amazing gains from our pick already, don’t worry too much. Our pick is still up by 13%, it yields 3%, and we like it for the long-haul. In fact, we think timber could outperform both stocks and inflation over the coming decade.

Bolivia’s new president, Luis Arce, used to be the Economic Minister in the previous administration. He was a key player in nationalizing mines and expropriating the assets of foreign companies. This time, he might make a play for all of it…

But even if this doesn’t happen, we could still see silver go to new all-time highs. Low interest rates combined with rising prices and a decreasing dollar could send investors flocking into the asset for safety. And while gold gets all the attention as the “safe haven” asset, silver often outperforms gold. 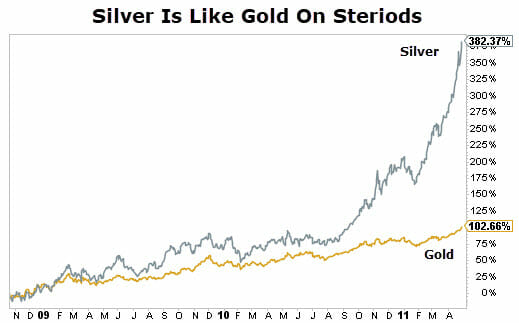 Not to mention, we now have manufacturing kicking back into high gear all over the world after being shut down for more than a year. And silver has a ton of industrial uses that are absolutely critical to the global economy, so it will be in high demand.

Making predictions like this is never easy. But as you can see… it’s worth it.

At halftime, we already have a number of predictions that have panned out and made readers a lot of money. And most of these ideas are still “in play,” so you still have the chance to get on board before it’s too late.

Plus, our new “bonus” prediction is already creating a buzz with his readers. Only time will tell if this end up being another success, but we like our chances.

Go here now to learn how to get your hands on Jimmy’s full report of shocking and profitable investment predictions (including all the details on our new bonus prediction.)