Back in April, I talked about how billionaire investors like Warren Buffett use simple options strategies to generate millions in extra income.

Yes, you read that right. The man who once famously called derivatives “weapons of mass financial destruction” has used options before.

But before you accuse the Oracle of Omaha of talking out of both sides of his mouth, it’s important to consider how he used them. If you read that piece, then you know he sold put options — one of the safest options strategies out there.

Now, I’m not saying you’ll make millions using this strategy like Buffett. But you can generate thousands of extra income with it. Quite easily, actually, and with very little risk.

For more on options trading and income, I’m turning to Amber Hestla, options strategist over at Income Trader.

I referenced Buffett’s use of options with Coca-Cola (NYSE: KO). What was he trying to do with this strategy? 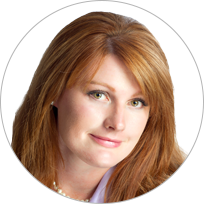 Amber: Buffett seems to want two things in life — high levels of cash flow and value-priced stocks. He did the math on KO and saw that it was close to a price he was willing to pay. But not quite there.

Most investors will go ahead and buy when price are “close enough” to what they want to pay. But, then again, most people don’t get the kind of results Buffett does. He never loses his head in the market, and Buffett has written in his annual reports that he never pays even a penny more than he thinks a stock is worth. Selling puts lets you set the exact price that you will pay, as you noted in the Coca-Cola example.

Selling puts also generates income. I target 1% or 2% a month as the minimum on my trades, although I often find trades that deliver two or three times as much income. Sometimes more.

Even with billions of dollars at his disposal, Buffett probably has more ideas than money at times. In this example, Buffett generated $7.5 million in income by selling puts and was able to put that amount into other investments. Knowing his track record, that money could be worth more than $100 million by now since his average gains are nearly 20% a year.

Selling puts allows us to pocket income now and use that for other ideas that are “ready to go” immediately. It helps us avoid overpaying for stocks we want to buy while increasing current income.

When I tell investors that options don’t have to be “risky”, I usually get some pushback. How can investors reduce the risks associated with selling options?

Amber: The best way to reduce risk is to only sell puts on solid companies you want to own. If you follow this one rule, you’re ahead of 99% of options traders.

When you sell a put on a solid performer, you’re basically betting that a great company won’t fall to fire-sale prices in a short period of time. You receive instant income (known as a premium) from the buyer of the option in return. If the shares remain above what you determine is your dirt-cheap level, you’ll keep the premium as 100% profit and never buy one share.

Once in a while, however, you may have to buy the shares. But that’s not necessarily a bad thing. After all, you’ll be getting a great deal on a stock you’d want to own anyway. The premium you received when you sold the put lowers your cost basis even further. Plus, as you get more comfortable with options, you can then turn around and collect even more income from the stock using a different options strategy.

What types of stocks do you consider when searching for options plays?

Amber: I like to sell puts on inexpensive blue-chip stocks that are in an uptrend. Most pay dividends, but they don’t have to for me to earn income on them. These kinds of stocks make great long-term investments and are perfect for my options strategy.

Just about every blue-chip stock is “optionable,” meaning I can buy and sell options on the stock. It’s also easier to get the price I want since their options tend to be more liquid. Liquidity is one of the ways I reduce risk because that lowers trading costs and ensures that there will always be a buyer when it’s time to sell.

Blue chips are also less risky to own than lesser-known small-cap companies. The chance of a blue-chip company going into bankruptcy overnight is small. That does happen, but it tends to be a process that unfolds over several months. By using short-term options I have very little risk that a stock will fall to zero in the time I am trading it. I also reduce risk by buying stocks that are going up. Bad things rarely happen to large, well-managed companies when their stock price is undervalued and rising. There were many opportunities to get out of big banks during the 2008 financial crisis and traders who ignored the trend-reversal lost small fortunes. I avoid that risk by avoiding stocks that are in clear downtrends.

As I mentioned before, I may be obligated to buy a stock from time to time. That’s why I generally sell puts on stocks that pay dividends; it ensures that if I do buy the stock I continue to enjoy steady income. It’s also why I tend to use lower-priced stocks. If I were to sell puts on Apple (Nasdaq: AAPL), I would need to be ready to spend more than $36,400 to buy 100 shares of the stock. Apple is a great company, but it would be impossible to diversify a small account if I put that much money into a single position.

Sounds good to me. Now, what do investors need to know before they can start selling options for income?

Amber: You will probably need to contact your broker if it’s your first time selling options.

Almost all brokers allow options trading, but there’s a catch in that you might need to request approval first. This can be done with a form that asks questions about your income and investment experience.

A few brokers require minimum account sizes. That being said, I don’t recommend that investors with less than $15,000 in their account sell options. As I mentioned earlier, there’s a chance you’ll have to buy shares when you sell puts. And for each put option contract sold, you could be required to buy 100 shares of the company. This combination can make it less than ideal for investors with smaller accounts.

For example, let’s say you have an account with $10,000 and you sell a put with a $25 strike price. In most cases, the options will expire worthless and the trade ends there. But if you’re “put” the stock, you’ll be required to buy $2,500 worth of shares, 25% of a $10,000 portfolio. Even if you love the stock, that’s too large a position size (as a percent of the portfolio) for one investment.

Can you give us a step-by-step example of how to earn income selling puts?

Amber: Sure, let’s look at an example using the payroll processor ADP (NYSE: ADP), one of my favorite stocks…

The stock has strong support near $130. That’s partly because buyers tend to rush into the stock when the yield moves above 2.5%. And we’re getting pretty close to that.

ADP is interesting in this regard. The company has increased the dividend for 45 years in a row. That means the stock is attractive to income investors, and they would have little fear stepping into the name if it fell any further.

Needless to say, this is a company I’m more than comfortable owning. But rather than buying ADP outright, I can sell puts and earn instant income. And if the shares move lower, I’ll get the chance to buy shares at a lower price.

The $115 instant income is ours to keep no matter what. If shares stay above $130 during the next three weeks, the options will expire worthless and we won’t buy one share of ADP. Most brokers will require a small margin deposit of about $2,600 when you make this trade. If the option does expire worthless, we get a 3.5% return on that deposit…in three weeks.

Here are two risks in this trade:

– ADP could fall below the $130 strike price. If it does, we may have to buy shares at a price that’s above the market price. We minimize that risk by selling options on undervalued stocks with a strong uptrend.

– The stock price could rise significantly, and we’ll miss out on some of the gains. This does not bother me much because the premium received when we sold the put, $115 per contract, is a solid return for a three-week period, and we’ll have another chance to generate income by selling more puts when the option expires.

In other words, the worst case is buying ADP at $128.85, which is about a 12% discount to current prices. We’d own shares at a discount, and we could still generate additional income using covered calls.

Editor’s Note: I’d like to thank Amber for joining me today. And in case you weren’t aware, I should tell you that Amber and her subscribers over at Income Trader have built a track record unlike anything I’ve ever seen… a 90.5% win-rate on their trades. That’s partly thanks to Amber’s award-winning indicator, but also because she’s just that good at what she does.